Oh hey, it’s me, Lauren – back again, attempting to commit to blogging.

Considering I just got back on this blog for the first time since August of last year, I feel an update is in order. A lot has changed since then.

Last time I wrote (aside from my post two days ago because I got a random spurt of inspiration), I was jobless adjusting to California. Fast forward to September- I landed that full-time job that I’d been writing about. Funny enough, I was actually initially rejected from the role- which had been absolutely devastating. Then out of nowhere, I received an official offer two weeks after the rejection. I still have no idea what happened there, but I accepted immediately.

The same day I got the offer, I booked a flight home to Atlanta. I spent the next two weeks until my first day on the job back home with friends and family. And a lot of that time was spent uncovering old issues and facing past demons. I put myself in situations that took me back to darker times, and I had several breakdowns while I was back home. I loved seeing everyone, but I was honestly relieved to come back to California when the time came. The past is exhausting and painful.

I started the job and began adjusting to my new reality of working constantly. In October, my boyfriend and I came across an adorable rescue dog on the Petfinder app (I was obsessed at looking at little cuties ok). His name was Jack and he had one eye, and I knew I had to have him. My boyfriend wasn’t so sure of him at first, but after contacting the rescue and going to meet him in person, we were head over heels. He came home 3 days later. 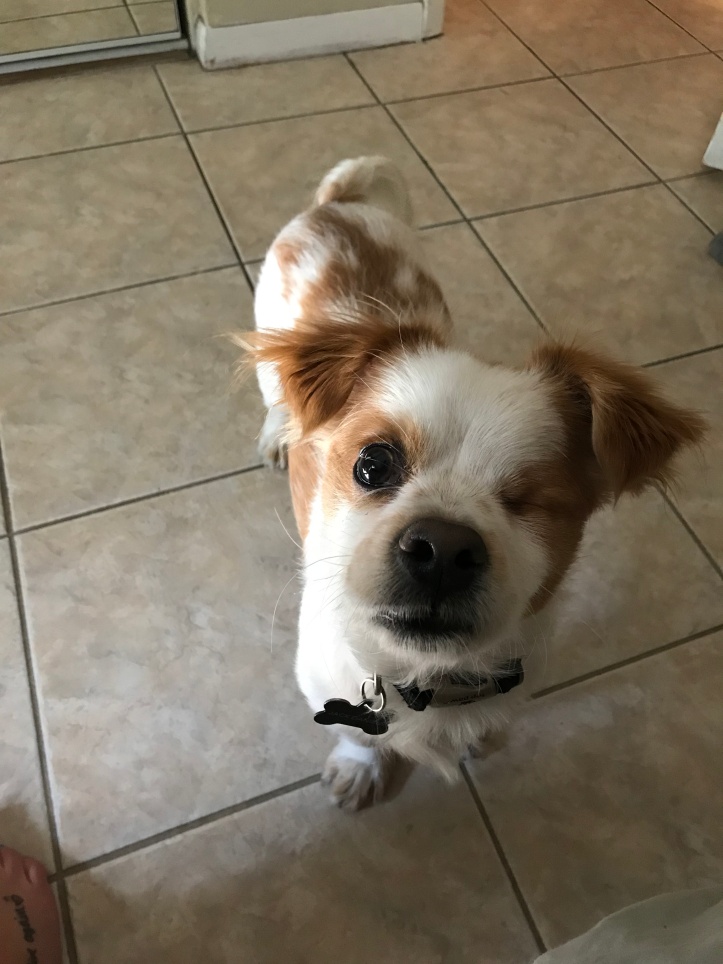 Isn’t he an absolute angel? He’s 1.5 years old, and we think he’s a Cavalier Spaniel and Papillion mix. He was found on the streets and was rescued with his missing eye still intact, but it was so severely damaged that it was almost hanging out and had to be immediately removed. He has made a full recovery and is the light of our lives- he loves his bubbies (toys), going on walks, and playing with other dogs.

Anyway, expect more puppy posts and pictures. I’m obsessed with him (btw, we kept the name Jack- and turned it into Jack Daniels after our favorite beverage).

At the end of 2017, my two best friends came to California for a week long visit and it was EPIC. We went to rooftop bar happy hours, explored Downtown LA, went to Universal Studios, had beach days, and even road-tripped to Las Vegas for New Years Eve. Nothing like ringing in the new year in a crazy ass nightclub with Gucci Mane performing, open bar, and your girls. So that was pretty awesome.

2018 is in full swing (honestly, how is it even March? Time is flying), I’m in the groove at my job (although it has been really stressful and draining lately), Jack is right at home with us, and I’m taking each day as it comes, trying to be optimistic and positive. I’m determined to make this year my bitch (for lack of a better phrase) and really focus on my happiness, the people I love dearly, and being successful (by my own standards, not the world’s).

I honestly doubt anyone’s reading to this point- but if you are, I’m really trying to maintain this blog in 2018 and not disappear for months like I have the tendency to do. I hope you’ll join me on my blogging adventure.